2022. May 30. - 12:02
Faculty of Law
Faculty of Medicine
Faculty of Humanities
Faculty of Economics and Business
Faculty of Pharmacy
Faculty of Informatics
Institutional
International relations
Faculty of Agricultural and Food Sciences and Environmental Management
Faculty of Science and Technology
Science

On Saturday, a ceremony was held in the Hall of the Main Building of the University of Debrecen, where research degrees and honorary titles were awarded. At the event 96 new doctors representing 5 areas of science received their degrees, and the Habilitation, Professor Emeritus, Civis honoris causa and Doctor honoris causa titles were also awarded.

- One of the biggest events in the science community of our university is the conferral of research degrees and honorary titles. This is the occasion when young researchers who have become able to work independently receive their research degrees, the achievements of senior scientists are recognised with higher academic degrees, and scientific publication awards are given. The ceremony will culminate in the delivery of Honorary Citizen and Honorary Doctor titles to internationally recognised scientists with outstanding achievements. These are major milestones in a professional career, which symbolise the essence of academic life – said László Csernoch in his opening speech. 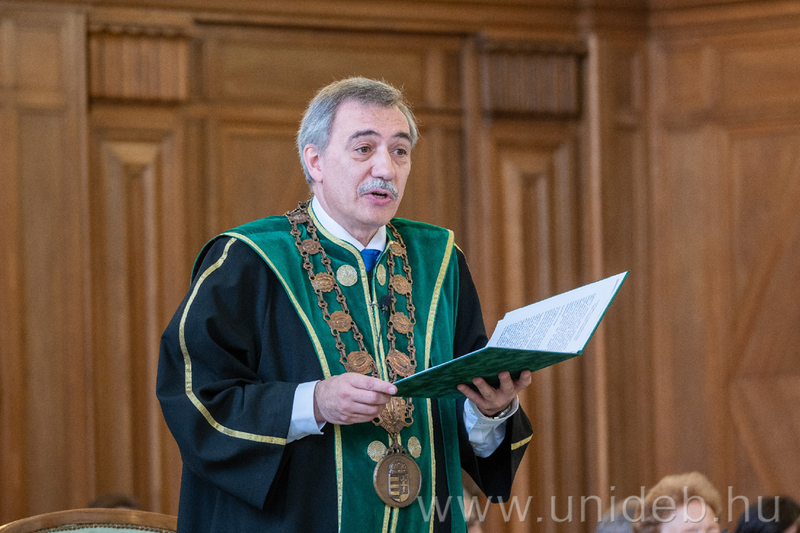 The vice rector for scientific affairs of UD pointed out that the number of doctoral students at UD exceeded 1,200, the university awarded about 200 doctoral degrees every year, and the doctoral programmes had been available in English as well since 2015. 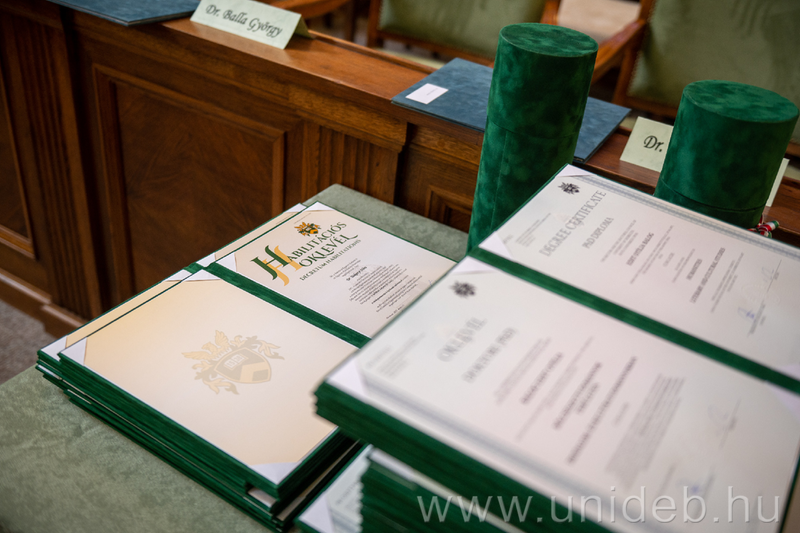 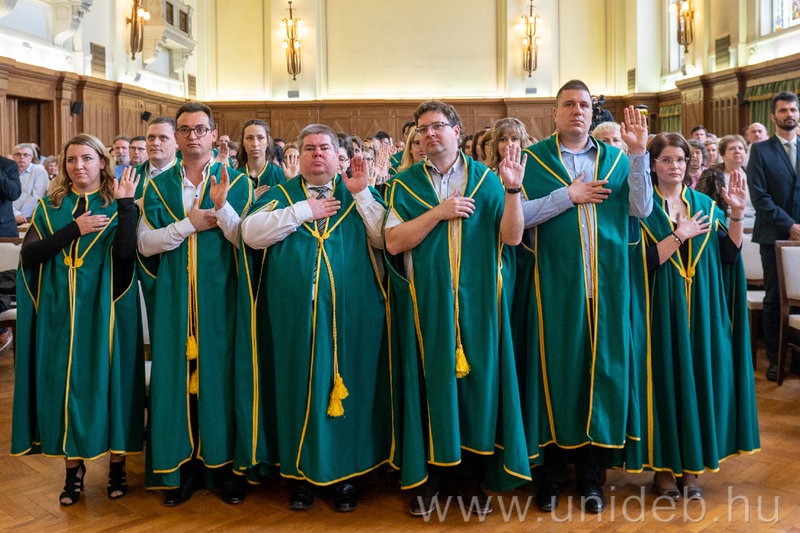 “... hereby solemnly swear that I shall engage in a conduct worthy to the doctors of the University of Debrecen and that I shall strive, giving the best of my knowledge, to further the reputation of the University. Always observing the rules of academic ethics, I shall serve the causes of advancing knowledge, universal human culture, and the preservation of national values” – swore the new doctors who completed their PhD studies in one of five areas of science – humanities, medical and health sciences, social sciences, science and informatics, and agricultural sciences – before the conferral of their degrees. 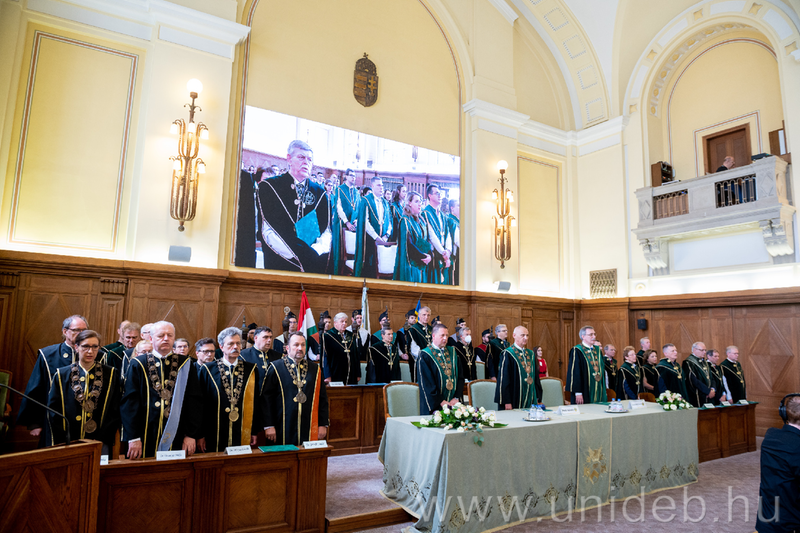 The ceremony continued with the conferral of Habilitated Doctor titles. A total of 17 university lecturers had met the criteria of habilitation: 6 in the area of agricultural sciences, 5 in humanities, 4 in medical and health sciences, 1 in social sciences, and 1 in science.

The Senate of the University of Debrecen has granted the Professor Emeritus title to András Jávor, retired teacher of the university. With this title UD recognises the achievements of its greatest  professors and the work they have done for the university, and provides all the rights and conditions that are necessary for them to continue their activities. 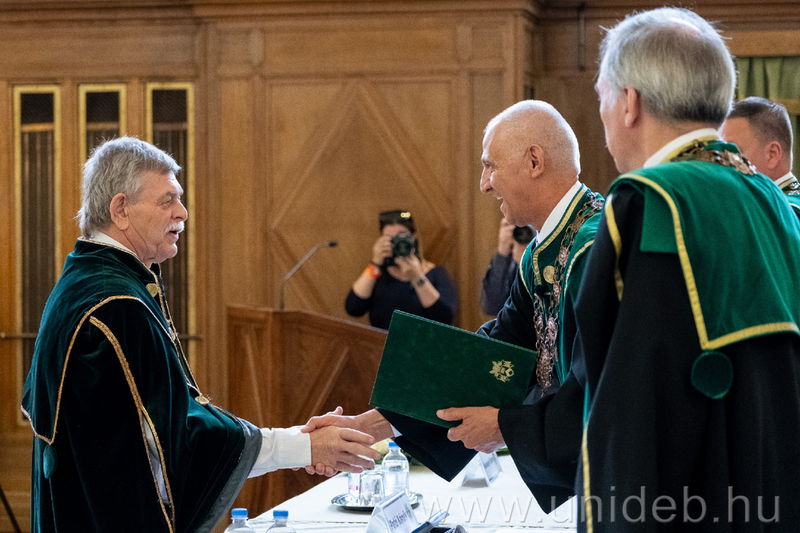 - With his work done over more than 40 years in the areas of research, education and community activities, Professor András Jávor has made an outstanding contribution to the reputation if the University of Debrecen – said László Stündl, dean of the Faculty of Agricultural and Food Sciences and Environmental Management in his ceremonial speech.

The Senate of the University of Debrecen established the Publication Award of the University of Debrecen in 2008 to recognise the teachers and researchers of UD who have published their research results in a prestigious journal, and have made them available in the university’s database. Five awards are granted every year, they were delivered at the ceremony to researchers who have worked and published in any of the research areas prioritised by the university. 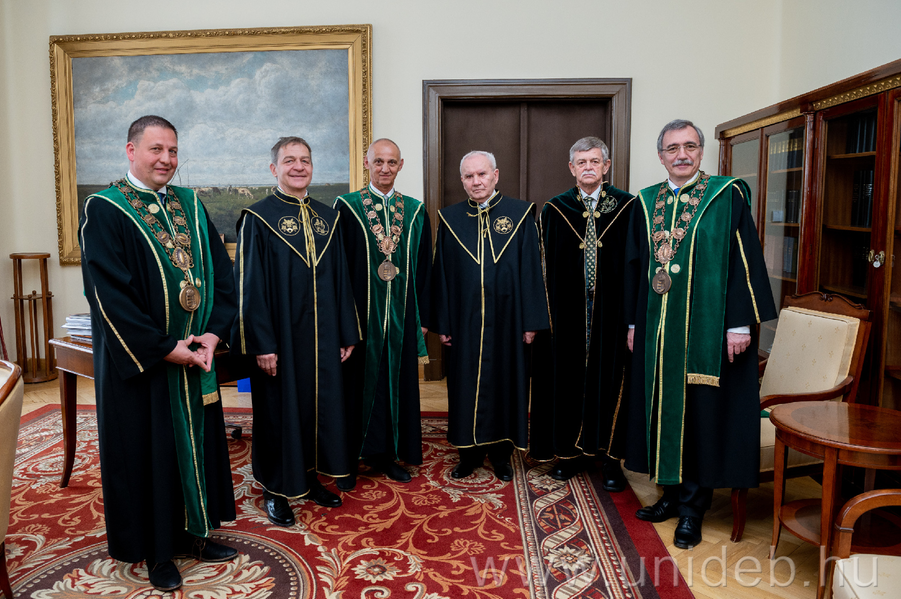 At the ceremony Antal Tenk, professor emeritus of the Faculty of Agriculture and Food Sciences of the Széchenyi István University received the honorary citizen of the university title, while Zoltán Macháty, professor of Purdue University (US) received honorary doctor title from the University of Debrecen. 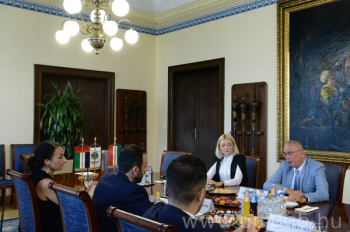 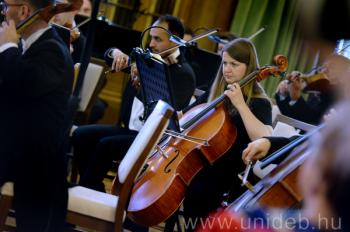 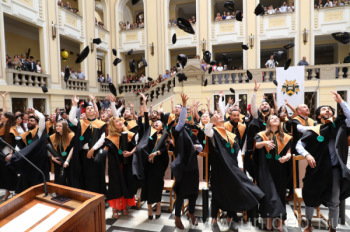