Lit up in Purple light for Premature Infants | University of Debrecen

Lit up in Purple light for Premature Infants

Every year, about 8,000 babies are born before the 37th week of pregnancy in Hungary. The number of the most vulnerable babies whose weight is below 1500 gram at birth is between 1,200 and 1,400. There are several factors that may result in premature birth.

-  Premature birth is more frequent if the mother is either very young or older, and multiple pregnancy is also a risk factor, just like certain conditions of the mother, vaginal infections, or cervical incompetence. Yet, some of these problems can be handled with appropriate treatment. Smoking and the lack of regular prenatal care also raise the risk of premature birth – explained Zoárd Krasznai, head of the Department of Gynecology and Obstetrics of the Clinical Centre.

The Neonatal Intensive Centre of the Pediatrics Clinic is the leading institution of the country, where premature infants receive the highest level of treatment. 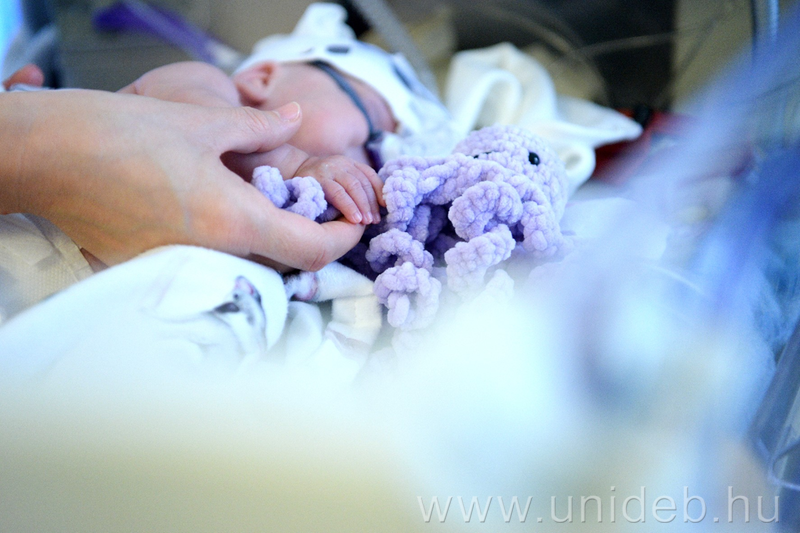 -  After stabilisation, premature infants are put in an incubator that ensures optimal humidity and temperature. We constantly monitor their vital signs, and when it becomes necessary, we support their respiration and circulation. In the first phase, they also receive nutrients through infusion. Sometimes other treatments are also needed, such as general or eye surgeries. The Clinic can provide outstanding treatment to every infant – said Tamás Kovács, head of the Neonatal Intensive Centre of the Pediatrics Clinic. 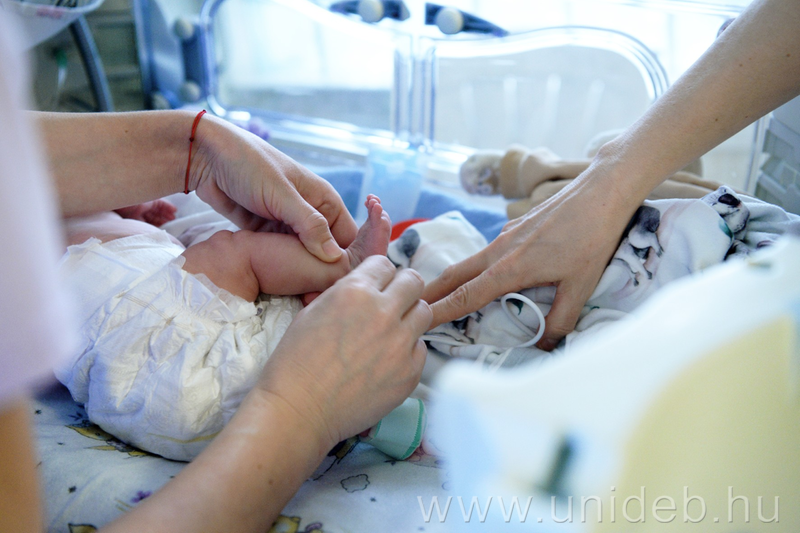 In addition to taking care of the infants, the Clinic also involves psychologists and psychiatrist to support the mothers. There are group and individual therapies. As premature infants are getting better, their mothers are involved in their treatment. The physical contact between them helps the infant a great deal. Besides, the Clinic has established a cosy environment. Using funds received from the Family-Friendly Maternity Ward programme, a resting room and a kitchen, a family ward, a baby-mother gym, and a film club were created to make the time spent in the hospital easier.

According to Tamás Kovács, premature birth may result in complications, but due to the development of neonatology, the risks have been significantly reduced in the past two decades. 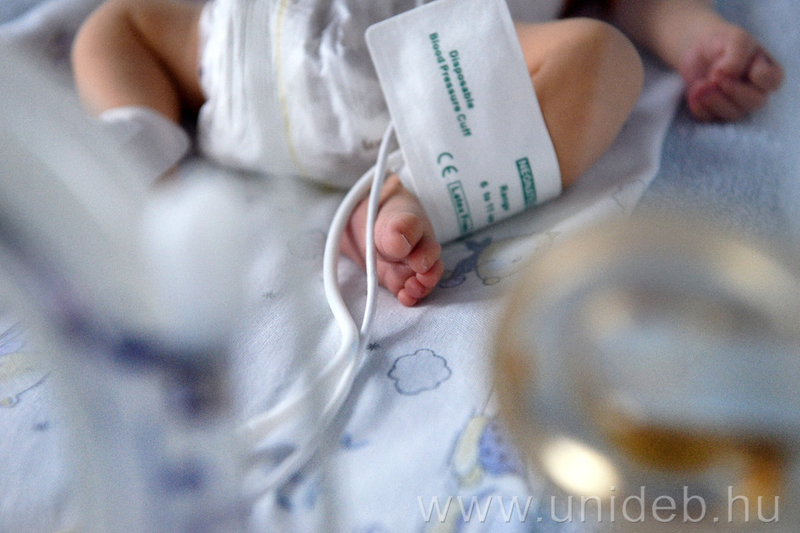 -  We do not need a miracle anymore to enable even the smallest premature infants who weigh 300-400 grams at birth to grow up and live a normal life. After the infant leaves the Clinic, early development and rehabilitation is needed, and if necessary, neurologists, pulmonologists, eye specialists and cardiologists are also involved – pointed out the neonatologist.

17 November is the day of premature infants, their families, and healthcare professionals who take care of them. 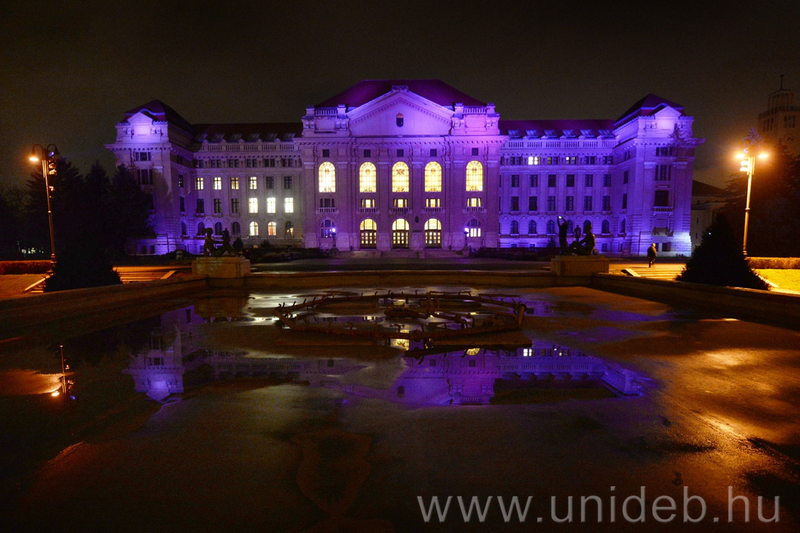 To mark the international day of premature babies, the Main Building of UD, the Clinical Centre, the Innovation Centre, the Stadium and the Water Tower were lit up in purple light, is the colour of hope and persistence. 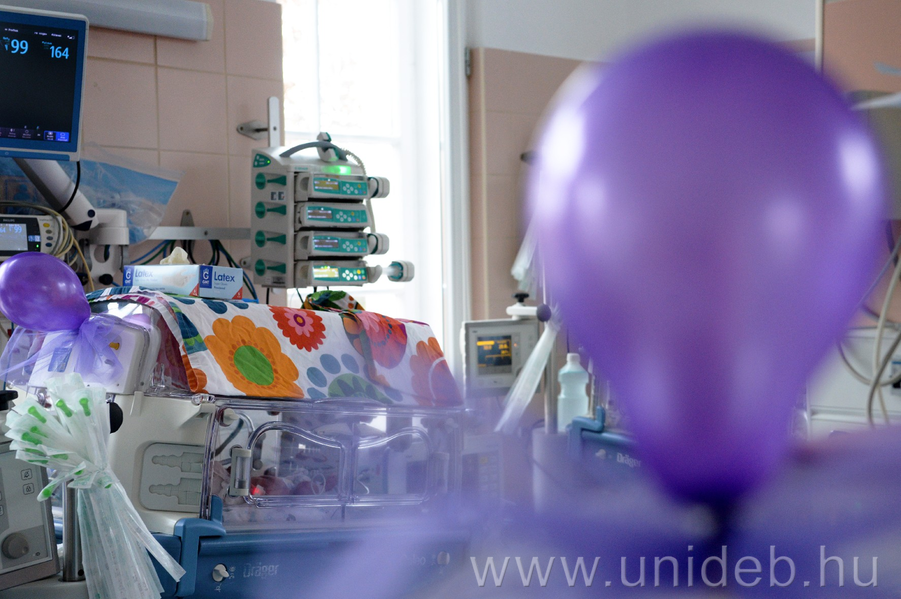 The Neonatal Intensive Ward was also decorated with this colour, and the staff wore purple attire. The staff saluted to the mothers of premature babies, and also welcomed kids who had been born at the Clinic as premature infants. 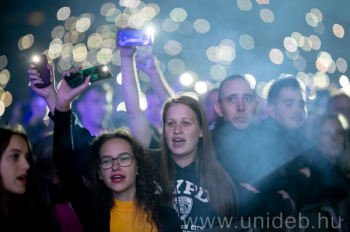 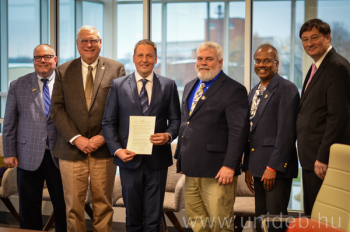 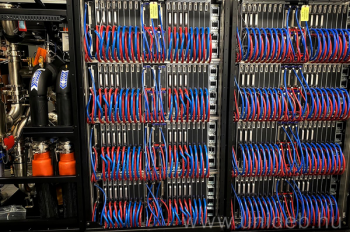